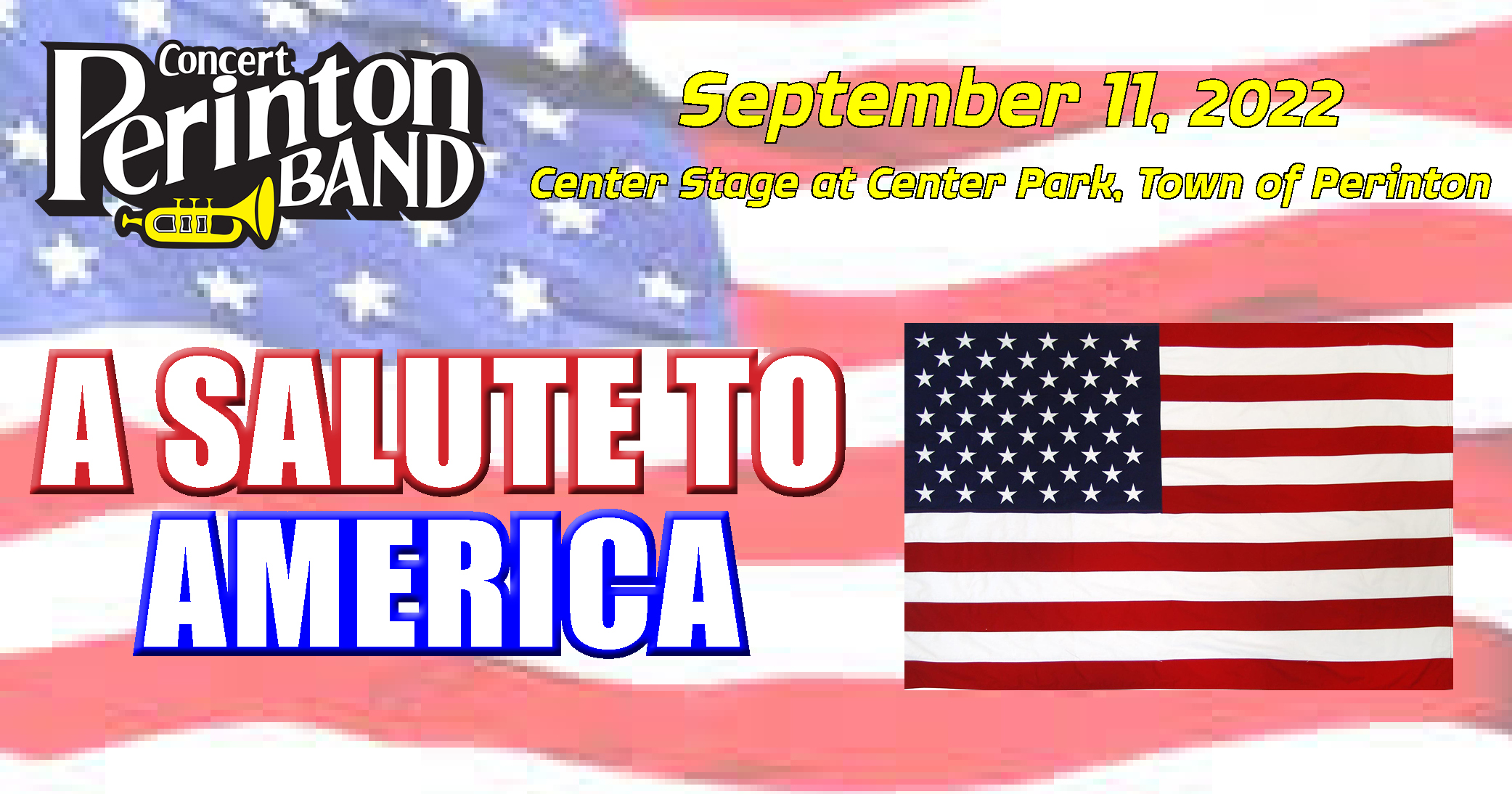 The Perinton Concert Band, along with the Fairport Fire Department Band, will present a Salute to America at the Perinton Recreation Center, Turk Hill Rd, Fairport.   Patriotic music will be featured. 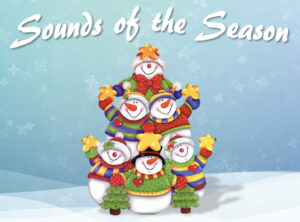 Sounds of the Season

The Perinton Concert Band will present a holiday concert  at the Perinton Recreation Center,  Turk Hill Rd., Fairport.   The Band will be performing light holiday music suitable for all ages. 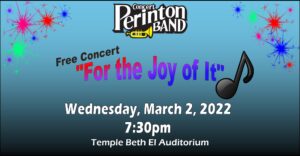 For the Joy of It

The Perinton Concert Band will present a free concert “For the Joy of It” on Wednesday, March 2, 2022 at 7:30pm at Temple Beth El, 139 Winton Road South, Rochester, NY 14610.  Musical selections will include Shostakovich’s Symphony No. 5 in D Minor: 2nd Movement, David Holsinger’s “On a Southern Hymnsong,” and Gershwin’s “Strike Up the Band,” to name a few. 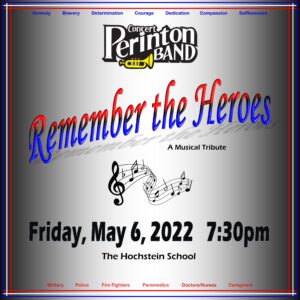 The Perinton Concert Band will present Remember the Heroes on Friday, May 6, 2022 at 7:30pm at The Hochstein School.  This concert will pay tribute to the courage, bravery, dedication, and compassion of our country’s military, first responders, doctors/nurses, and caregivers. 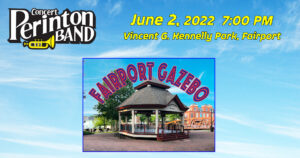 The Perinton Concert Band will present a summer concert at the Fairport Gazebo.   The band will be performing light music suitable for all ages. 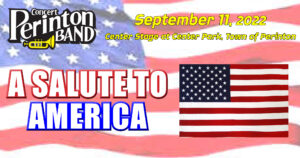 A Salute to America

The Perinton Concert Band, along with the Fairport Fire Department Band, will present a Salute to America at the Perinton Recreation Center, Turk Hill Rd, Fairport.   Patriotic music will be featured. 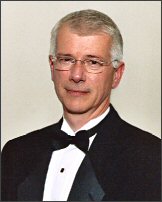 Mr. Van Buren has a Bachelor’s degree in music education from the University of Wisconsin, Stevens Point, and a Master’s degree in music education from the Eastman School of Music. He spent thirty-three years as a music educator and is retired from his position as a band director at Penfield High School in Penfield, New York. He is currently a supervisor of student teachers for SUNY Fredonia. He is an All-State adjudicator for the New York State School Music Association and serves as a freelance adjudicator/clinician throughout New York State and Canada.

As a professional musician, Mr. Van Buren performs in various commercial, jazz, and classical settings. He has performed on saxophone as a member of the Rochester Philharmonic Orchestra, the Chautauqua Symphony, the Gap Mangione Big Band, and for twenty-two years played first clarinet in the Greater Rochester Music Educators Wind Band under the direction of Al “Corky” Fabrizio. He has performed with many nationally known groups and entertainers including Ray Charles, Johnny Mathis, The Temptations, Jerry Lewis, Rodney Dangerfield, Kenny Rogers, Steve Lawrence and Eydie Gormé.

The Perinton Concert Band was founded in December, 1977 by a group of local musicians and has grown from a very meager beginning to become one of the most highly regarded community bands in the Northeastern United States.  The band owes its success to a long line of dedicated members and directors with a single-minded objective of continuous musical improvement.

The Perinton Concert Band was founded by Perinton resident Ken MacDavid and a group of local musicians. The band’s first director was Dr. Sidney Hodkinson, nationally known composer and faculty member of the Eastman School of Music. The band performed its first concert in April, 1978. In June 1980, Dr. Hodkinson left the band and the band’s Board of Directors appointed Wendell Harrison as musical director. Mr. Harrison was president of the Wendell Harrison Music Corporation, and held a BM and an MM in music education. During Mr. Harrison’s leadership the band grew substantially in both numbers and musical talent. Following Mr. Harrison’s departure in 1983, the band had several directors including Dr. Carl Atkins and Al “Corky” Fabrizio. Following Mr. Fabrizio’s departure in 1988, the Board of directors appointed our current musical director Charles Van Buren.

As the band’s stability improved and its reputation for musical excellence spread, it began to receive invitations to perform at various conferences, festivals and exchange programs (see below). These appearances have primarily been in New York State, but the band has also traveled to Ontario, Canada and Boston, Mass. The band has also performed with many regionally and nationally acclaimed professional musicians, groups, and guest conductors (see below). In 1996 the band recorded its first compact disc, titled “Pride of Perinton”. Two more CDs were subsequently recorded, one in 2001 titled “Great Music from Great Movies” and a holiday music CD (“A Gift of Music”) in 2006. In 2008, the band commissioned Jeff Tyzik (Pops director of the RPO) to compose a piece to celebrate the band’s 30th anniversary. Mr. Tyzik’s composition entitled “Race to Summit” was premiered at the Association of Concert Bands National Conference in Corning, NY.